From the Parish Mag Archives – December 1948

Our Morning Service began at 10.50, the 2 minutes silence being observed at 11 o’clock after the names of those connected with the parish who had died in the last two wars had been read out. Then, after singing that beautiful little Hymn 694, A.M., (Sunset and Evening Star), we had our Choral Eucharist at which there were 55 Communicants.

The British Legion annual Parade Service was held in the afternoon at 3 p.m., when about 50 members paraded,—a very good attendance, —and the Church was nearly full. We had a very hearty service with an excellent address from the Rev. G. C. Beechey, Curate-in-Charge of Stanmore Mission Church, and we are most grateful to him for coming.

The usual ceremony of laying a Poppy wreath at the foot of the War Memorial on Shawford Down took place immediately after the Service in Church, — Sir Brian Horrocks kindly taking the salute as we marched down the lane.

Collections in Church on November 7th for Poppy Fund came to £32 10s. 0d. (a record amount)

Who was Sir Brian Horrocks?

Readers of a certain age may remember Sir Brian Horrocks’ appearances on television as an expert military man; he presented the ‘Men in Battle’ series which at its peak, had eight and a half million viewers.

The cover flap of his 1960 autobiography, “A Full Life” (published in the US as “Escape to Action”) describes how

From his daring escape attempts during World War I to his part in the final, crushing defeat of Germany in World War II, Sir Brian Horrocks’ life has been a story of personal adventure.

As a teenage prisoner of war he infuriated his German captors by his incessant breakouts from detention camps in an effort to reach the Dutch border.

After the First War he took part in the ill-fated British expedition to Siberia in 1919, and his account of chaotic skirmishes with the Bolsheviks is fascinating – as is his description of the great evacuation of Dunkirk, one of the first actions in which he took part during World War II.

He competed in the 1924 Paris Olympics in the Modern Pentathlon.

After the War he briefly commanded the British Army of the Rhine, until he fell ill in August 1948, and was invalided out of the army early in January 1949 because of the lingering effects of the wounds he had received in North Africa. We know from the magazine article above that he was in Compton on Remembrance Sunday 1948.

He wrote books on military history and was Black Rod in the House of Lords for 14 years. He was a military consultant for the 1977 film A Bridge Too Far, based on Operation Market Garden, in which he was played by Edward Fox.

What was his connection to Compton & Shawford?

In 1928, Horrocks married Nancy Kitchin, daughter of Brook Taylor Kitchin, then an architect for the Local Government Board, who had married The Hon Margaret “Daisy” Foster.

Brook Kitchin was the younger brother of G H (Herbert) Kitchin, the architect who created the beautiful house and garden at Compton End. Herbert Kitchin had renovated Yew Tree Cottage after saving it from demolition by the Ecclesiastical Commissioners.  Yew Tree Cottage was occupied first by Hugh Bridges Kitchin – the middle of the three Kitchin brothers – and then by Brook Taylor Kitchin who lived there until his death in 1940 and is commemorated in a panel in Compton Church.

After that, Nancy must have continued to live in Yew Tree Cottage while her husband Brian was treated for his injuries and encouraged the doctors to patch him up so that he could get back into action. He wrote in his autobiography that he had planned to

move to a small, very attractive cottage which belonged to my wife at Compton in the southern outskirts of Winchester

circle over our cottage at tree-top height so that I could wave good-bye. Almost my last sight of England was my wife and daughter in the garden of Yew Tree Cottage. My daughter was jumping up and down beside a white table-cloth which they had stretched out on the lawn.

Brian and Nancy had one child, a daughter named Gillian, who drowned in 1979 while swimming in the River Thames.

Portrait of Brian Horrocks: photographs taken by a member of the forces during their active service duties are covered by Crown Copyright provisions. Faithful reproductions may be reused under that licence, which is considered expired 50 years after their creation.

What’s the connection between this postcard, the first World War, a grave in Compton churchyard, and a romance with the master of a 19th century convict ship? Read on…

Rev A H W Blake, Rector of Compton 1902-1903, a widely published photographer with an international reputation

About the History Society

Compton & Shawford Local History Society aims to be the focal point for local people with an interest in the area’s rich history. We run occasional open meetings and publish articles in the Parish Magazine and on this website. 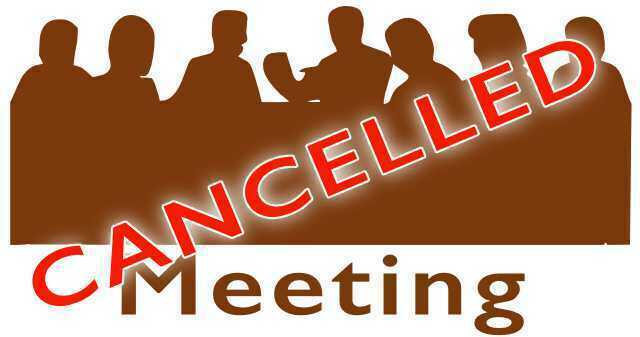 LHS Meeting 30 March 2020 – we regret that this meeting has been cancelled, or at least postponed until further notice.

0 comments
Manage Cookie Consent
To provide the best experiences, we use technologies like cookies to store and/or access device information. Consenting to these technologies will allow us to process data such as browsing behaviour or unique IDs on this site. Not consenting or withdrawing consent, may adversely affect certain features and functions.
Manage options Manage services Manage vendors Read more about these purposes
View preferences
{title} {title} {title}