This article appeared in the August 2014 edition of Compton & Shawford Parish Magazine.

This month’s special supplement, a reproduction of the August 1944 Parish Magazine, records the wedding, on 2 July 1944, of David Yonge and Jean Tillard.

70 years on, Jeannie Yonge, who still lives in Shepherds Lane, gave us this description:

“My husband David was in the 8th Army – the so-called Desert Rats. He went to Normandy on D-Day. When his tank driver, driving through an orchard, ran into a tree, David got a scratch on his cornea and was shipped back to England.

“It cleared up quickly and he left hospital with seven days’ sick leave. So he came to my parents’ house in Shawford, proposed on Thursday, and we were married in Compton church on Saturday by special licence.

“I wore a borrowed dress and the bouquet was made by a friend. The south coast was embargoed because of Normandy traffic so we had to arrange permits for family to travel to the wedding.

“Immediately after our five day honeymoon, David had to rejoin his regiment. Not easy for me. I continued as an ATS driver in Southampton until I got permission to leave when I was three months pregnant.

“David was wounded again and had hearing problems for the rest of his life after being too close to an explosion.

“The photo in the entrance porch of the church was taken by my sister. Our house in Arusha, Tanzania burnt down because a spark from a faulty chimney set fire to the thatch. We lost two thirds of our possessions and most of our photographs were burnt.”

Jeanie Yonge passed away in February 2017. 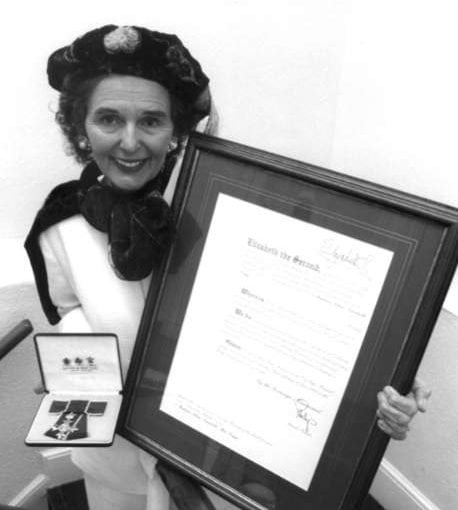 Barbara Large MBE, FRSA, FHUW (1932-2019) – remembering Barbara, her contribution to writing and to the community, with details of memorial services 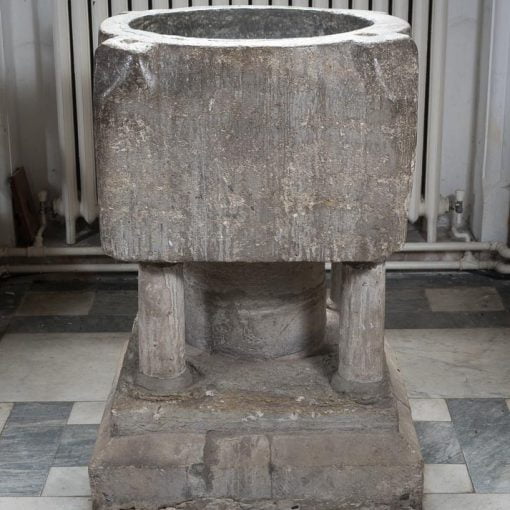 All Saints Church Font – Even Stones Tell Stories: the history of the Norman font, what it’s made of, and 20th Century changes. 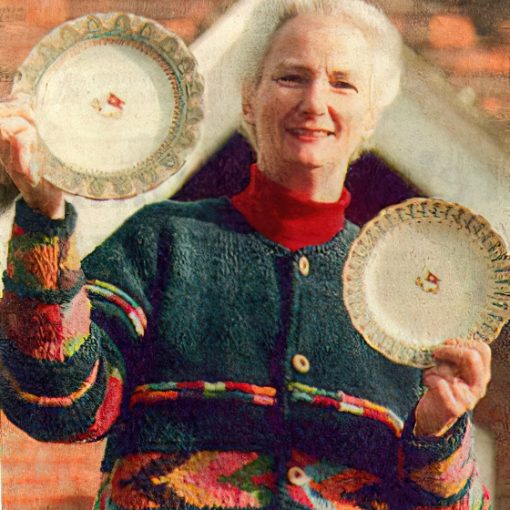