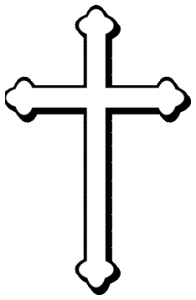 Mid November saw the passing of someone well known in his day in this community, and whom many will still remember with affection. Regretfully, it is often only during a funeral service that the ‘whole-life perspective’ of someone you knew partially is given, and you then realise what a wealth of experience they had had in the span of their lives.

Lt. Col James Livingston Newton, US Army, had lived in Shawford since 1957. Jim was perhaps best known for his distinctive voice with the attractive accent of his native Georgia where he was brought up – the first son in a family of girls, (his Father had told the Doctor “you won’t get paid if this one is a girl!”). He grew up in the deep South – the Bible belt – surrounded by servants singing Spirituals; a keen Eagle Scout, then trained as an engineer before going on to the Atlanta Law School, and was just beginning a career in Insurance when America entered the War.

Jim came to Britain, with the 95th Infantry Division, in 1942 and was billeted briefly in Winchester, where he met his future wife, Jean, before fighting through France and the Low countries into Germany for the liberation of Europe in 1945. He won the American Bronze Star, the Croix de Guerre and was awarded the French Légion d`Honneur. In 1946 he came back to Winchester to marry Jean and take her to live in the States where he managed the branch of his insurance company in Knoxville, Tennessee. Then in 1957 he was appointed to run the company’s newly opened London office in the City and Jim, Jean and daughter Angela came back to England to live in Hampshire.

The man that so many in this community came to know and respect had not only a distinctive voice but a human face. For several years Jim taught in the Sunday School at Twyford where they first lived. Then, after moving to Shawford he was a sidesman at All Saints’, often reading the lessons in church in a voice and with a particular sincerity of expression that commanded an extra quality of attentiveness from his hearers. To hear Jim read the Old Testament was a unique experience. We heard the scriptures in a fresh way, for he was someone with a deep and vibrant faith.

He enjoyed joining in Children’s church services, ready to share the wisdom of his experience; always enlivening proceedings with his eager curiosity. Children, especially, knew and loved him because he knew their names, was interested in whatever they happened to be up to, and had time for them. Jim was someone genuinely interested in others; someone you always felt better for having met. He will be missed by all who were privileged to know him.

This article appeared in the December 2005 Parish Magazine

Hockley Viaduct Brief History, from its opening in 1891 to its restoration for relaunch in 2013 as the Viaduct Way. Originally published in the Southern Counties Railway Society Newsletter, February 2013.

Monty Dawson, much decorated airman, fund-raiser for (amongst others) the PCC, Parish Magazine editor, and secretary of the Horticultural Society