Skip to content
Home » Ali Baba and the Forty Thieves

Ali Baba and the Forty Thieves

reprinted from the February 1952 issue of the Compton Parish Magazine 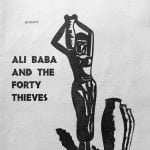 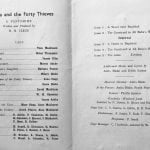 Ali Baba and the Forty Thieves programme inside with cast list 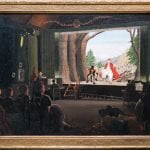 Painting by John Cunningham of a rehearsal in Parish Hall for the 1952 Shawford panto. The lady on the right, holding a script, is Barbara Clegg. At the pianos, Anita Blake and Frank Pearson.

The Heathcote Players’ annual pantomime is not their most ambitious enterprise from the dramatic standpoint, but it is probably the one that gives most pleasure to the greatest number of people.

This year an original version of “Ali Baba”, given on the 9th, 10th, 11th and 12th January, was written and produced by Mrs. B. Clegg, and to her especially must go the credit for an amusing, colourful and tuneful entertainment, which filled the Parish Hall at each performance.

Space forbids a detailed description and mention of more than a few performers. Tom Maidment in the name-part and Helen Thompson as his hen-pecking wife were a constant source of merriment, especially when accompanied by their more-than-lifelike family donkey. James Ellis and Barbara Pearce made an attractive pair of lovers, and Hilary Blake as Morgiana sang charmingly and acted with graceful ease. The Chorus of Persian girls were tuneful and good to look at, while the thieves, a detachment of eight from the traditional forty, were by contrast terrifying in appearance and behaviour, and their leader, John Clegg, an engaging villain.

Besides these there were not only young dancers, fairies, a page-boy and others who all contributed to the hilarity on the stage, but many who helped behind or off it, particularly the Stage Manager and his assistants, the musicians, the electricians, the door-keepers and, not least, a devoted band of ladies, who worked for several weeks on costumes.

The Pantomime in fact makes demands on almost everyone in the parish.

We are grateful to the Hampshire Records Office whose archive contains most issues of the Parish Magazine since 1928. You can find magazines from 1928-1978 under reference 1M76/PZ8. 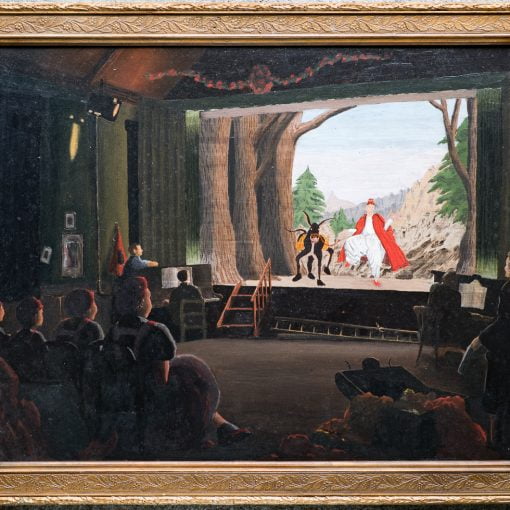 Memories of growing up in Shawford in the 1940s and 50s, the Heathcote Players, pantomimes, and Barbara Clegg’s prolific scriptwriting, by her children. 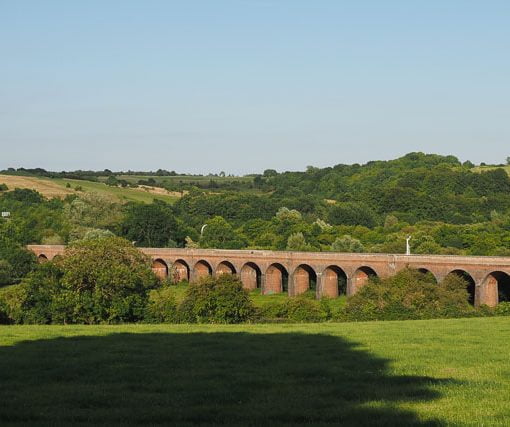 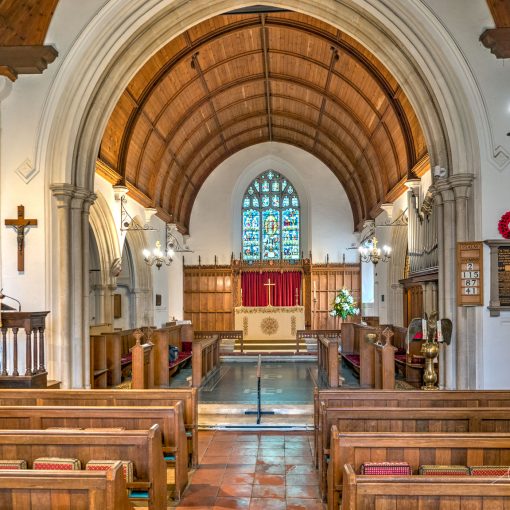 Cecil Cooper, on his retirement to Compton in 1938, remembers the 1905 extension of Compton Church; Churchwarden Robert Cope gives the view from 75 years on 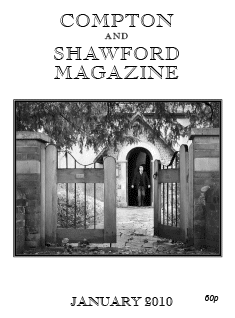 Jim Newton: the soldier from Georgia who married a Hampshire girl he had met in the war and settled with his family in Shawford